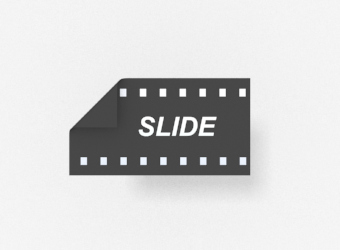 One purely software project with roots somewhere in 2013…

Also bored with PowerPoint presentations? In the 21st century no one will be excited from the sequence of still images and inscriptions. After several days of experimenting with PowerPoint 2010 and a various possibilities how to embed the video, I have decided to write my own presentation application. PowerPoint is not supporting virtually any video codec (except Microsoft’s WMV) and if you do manage to insert some better encoded video (eg. H.264, which PP2016 can insert), you can not be sure whether the video will be played back properly on another PC. PowerPoint is also no able to properly play the video in full-screen mode. Of couse, the video object has the option “Play full screen”, but the PowerPoint presentation is a bit self-willed about what “full screen” really means. If you choosed a different aspect ratio while creating a presentations than the target displaying device will use, you’ll end up with the ugly black frame around your video. Also, there is a seekbar, which is impossible get rid of and which looks very unprofessional. Some more advanced video flow controlling in dependence on the flow of the presentation will be also great, but it is not possible with this child tool.

The goal of development of a new software was to create a multi-platform presentation application independent of the target device resolution or internet connection or installed codecs that will seamlessly combine the classic text/picture slides and video. The flow of the video and flow of the slides will be managed together and both elements will be in layers with adjustable transparent channel. When the video hits some key frame some text slide could be triggered. It’s than possible for example to use a high quality animation or visualization, in the context of the presentation, let it run until some key frame, then, for example, run some part of animation in a loop in the background and overlay it with some descriptive text. In the moment when lecturer finish speaking and sends the presentations forward, the text fades out and the animation smoothly ends, or gave a place to another video key point and some new descriptive text.

The rendering is based on the OpenGL and loading of video on the FFMPEG, thus portability on different platforms and independence of codecs in system is ensured.

The Cineslide will be released as freeware in the downloads section. Stay tuned 🙂